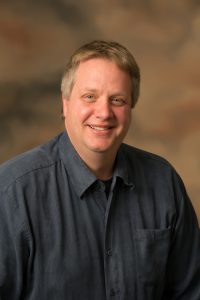 Matthew Breman, 2016 Chairman of the Board

I don’t know about you, but I am already tired of the political rhetoric, advertising, yard signs, emails, phone calls…you name it. No matter what political affiliation you have, I think we can all agree that this has been a very “strange election year”! Talking with a number of my friends, peers and coworkers there is an overwhelming sense of frustration and, disenfranchisement. That said, I want to urge all of you to vote and for you to encourage all your associates and employees to do the same. Although the national election is very important, our local elections often have a greater direct impact on our everyday lives. This November there are some very important local candidate elections and ballot issues that will be decided by those that vote.

It is sad that just 42.5% of eligible voters cast a ballot in the 2012 Presidential Election…less than half the registered voters in the country! The Presidential election that year was decided by a margin of 3%. You do the math, but if just 46% had filled out a ballot rather than 42.5% the last four years could have looked very different…or maybe not. Regardless of your emotions please select a candidate for President and vote for them! In an effort to engage more voters in future elections the Chamber supports Initiatives 98 and 140 which brings back a Presidential primary and opening primary elections to the state’s more than one million unaffiliated voters.

We are also weighing in on what we think matters most to our local businesses and their opportunities to grow over the next four years. Part of this process includes endorsing candidates that are running for County Commissioner where two of the three seats are up for election. The outcome of those two races will help shape the future of Mesa County as a place to do business over the next four years.

Besides the County Commissioners, there are also a number of ballot measures that people need to vote on this year. Colorado’s Constitution is one of the easiest in the country to amend and the proliferation of ballot measures each election cycle, including this one, demonstrates that we have become the “test market” for a host of ideas. At the Chamber we support Amendment 71, known as Raise the Bar, which would require that people who want to amend our constitution should have to ask us to sign their petitions, not just residents of Denver or Boulder. And with the size and scope of our constitution already double the size of the US Constitution we do not think it is unreasonable to insist that at least 55% of the state’s voters agree to make it part of our state governing document. Too often we have seen those around the 16th Street mall in Denver have undue influence over Colorado’s water law, hunting and fishing, agriculture and our energy economy.

Amendment 69 has been on our radar screen since December and we have actively worked to inform not just our members but anyone who will listen about the dangers this Amendment poses to both our local and state economy. A 10% tax on every small business owner’s income and an additional 6.67% in payroll taxes will not just hit pocketbooks hard…it will drive existing businesses out of business or out of the state. Amendment 69 would also make it next to impossible to attract new businesses. If this proposal passes it will take away your current health care plan, replace it with an unknown plan with unknown benefits to be decided by people you don’t know.

And for a déjà vu all over again issue, there is a new minimum wage proposed for the State Constitution (Amendment 70). We already have one in place that adjusts each year for inflation. This proposal to raise the minimum wage to $12 an hour by 2020 with increases after that each year is a one size fits all recipe for disaster. According to a recent study, this would eliminate approximately 90,000 jobs in the state. It will hurt those who need a job the most, those who are unskilled or looking for their first job experience. Other states have looked at a more reasoned approach to raising the minimum wage that considers the costs of living in rural versus urban areas and offers flexibility in raising wages for everyone rather than locking it into the Constitution. The Chamber is opposed to this amendment as well.

There are other serious ballot measures including increasing the tobacco tax and allowing for assistance in dying for the terminally ill which the Chamber has not weighed in on…but you should!

I urge you to read our Voter Guide in this issue of the newsletter and utilize other resources to become educated on the issues and then please vote…not just your business depends on it…so does our country.