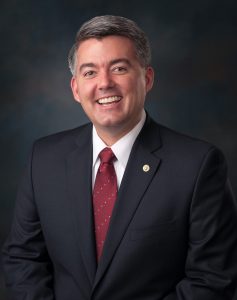 Over the past several months, Coloradans have continued to see the positive benefits of the Tax Cuts and Jobs Act. The biggest tax reform package in 30 years is leading to higher wages, bigger paychecks, more jobs, special bonuses, cheaper utility bills, hundreds of billions of dollars of investment in the United States, and more.

Despite the onslaught of partisan opposition to tax relief and Americans keeping more of their own hard-earned money, Coloradans know tax relief has delivered more than just “crumbs.” But included in the tax relief bill is a less known provision called the Investing in Opportunity Act, bipartisan legislation I championed with Sen. Tim Scott, R-S.C.

The bill was originally introduced with bipartisan support in February of 2017, and I — along with my Republican colleagues — helped shepherd it into law as part of December’s tax reform package.

Under the Investing in Opportunity provision, each state creates Opportunity Zones that will receive special tax status to encourage investment, incite growth, and extend opportunities to struggling communities. As a fifth-generation Coloradan who grew up in a tiny town out on the Eastern Plains, I know how important it is to attract growth to local communities — particularly Colorado’s rural communities.

More government programs and a heavy-handed Washington approach is not the answer to the economic hardship and poverty still plaguing urban and rural corridors of our state. Instead, the government needs to get out of the way and give more opportunities to Coloradans. The Investing in Opportunity Act does just that, and in doing so it provides a stepping stone to restoring faith in the American Dream for people who feel like they have been left behind.

In short, the Act gives special treatment for capital gains earned from investing in projects in one of the Opportunity Zones throughout Colorado. Private investors will use this public-private partnership for medium and long-term investments in our distressed communities.

Now that this legislation has been signed into law and the state of Colorado has submitted its Opportunity Zone proposals, we are close to seeing this major benefit from the Tax Cuts and Jobs Act begin to encourage needed growth in areas that have gone too long without it.

Soon the United States Treasury Department will certify the Opportunity Zones and then investors will begin using the new tax provisions to invest in underserved communities and create opportunities for more Coloradans. This could mean a new timber plant in the San Luis Valley, a new small business on the Western Slope, or an agriculture processing plant on the Eastern Plains. Struggling communities in both urban and rural parts of the state will benefit.

As more provisions of the tax relief plan go into effect, Coloradans and Americans across the country will continue to see new benefits. While I am pleased to see the wave of wage hikes, bonuses, benefit expansions, and foreign profits coming home, the most important part of the Tax Cuts and Jobs Act is providing relief to hardworking Coloradans and setting the right conditions for business investment and economic growth. The Opportunity Zones provisions helps set those conditions.

Whether a new Opportunity Zone brings new investment to a distressed community, more take-home pay allows a family to take a vacation or pay for after-school activities for their children, or returning to more competitive business taxes entices business to expand here at home instead of abroad, the tax plan continues to deliver.