The Chamber recently conducted an online survey about internship programs in the hopes of improving the usage and value of programs for employers and students.  Over two hundred people, which represents over 14% of those invited, took the time to respond.  Shown below are some highlights.

Over 60 % of respondents have utilized interns as shown below. 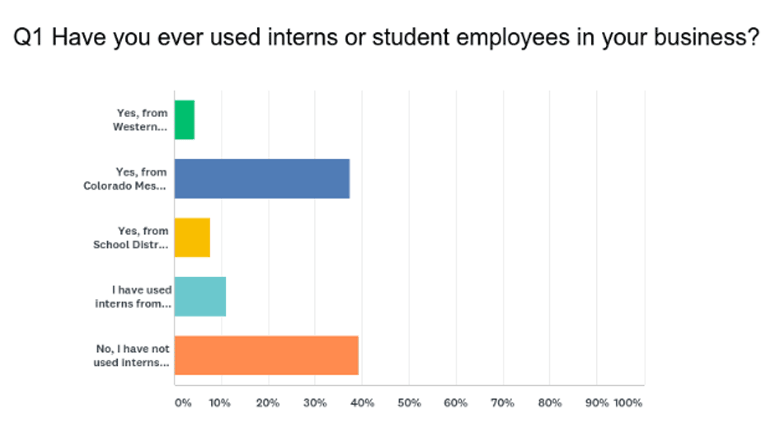 But many do not.  Of particular value were the responses related to the challenges with hiring interns regardless of where they may come from: 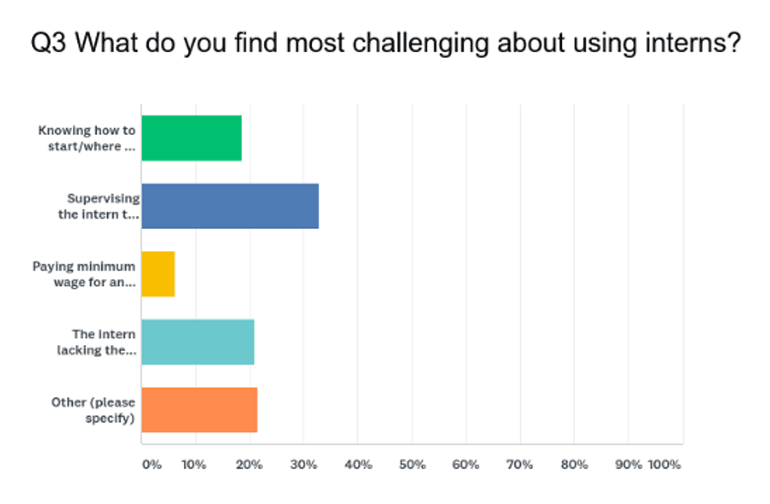 A couple of consistent themes from the answers and the comments are that employers often have a problem determining how to best incorporate an intern into their business environment and that they want a simple, streamlined process for onboarding interns.  Many of the comments suggested that, particularly at Colorado Mesa University, utilizing department personnel to access and filter interns yields uneven results.  Several requested that there be a template for designing job responsibilities and that some pre-screening be done to ensure that only a limited number of applicants are interviewed by the employer (2-3 was suggested most often).

With regard to which major fields of study employers would most likely select interns from the largest by far was Business Management, Accounting and Human Resources at 24%.  Hospitality Management was the second with 10.5%, followed closely by Communications, Construction and Computer Science.  Many respondents indicated they would consider hiring interns from multiple disciplines.

The ability to pay interns was very much a factor in considering employing them.  If funding to assist with this issue were available more employers would add interns to their workforce as evidenced by the chart on the next page. 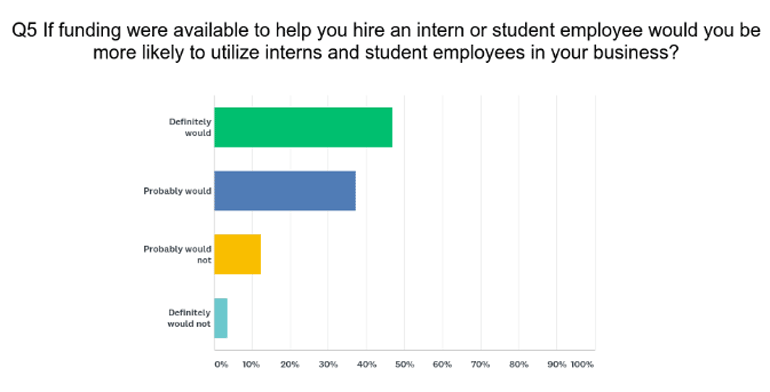 Over 140 respondents provided answers to the open-ended question about what would be most beneficial in hiring more interns.  Cited most often were: