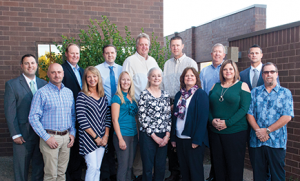 Grand Junction Area Chamber of Commerce 2017 Board of Directors photo

The Chamber’s Board Nominating Committee met and is presenting a slate of directors who will be appointed to serve a four-year term on the board with approval from the members. They are shown below:

If petitions are filed, an election will occur.