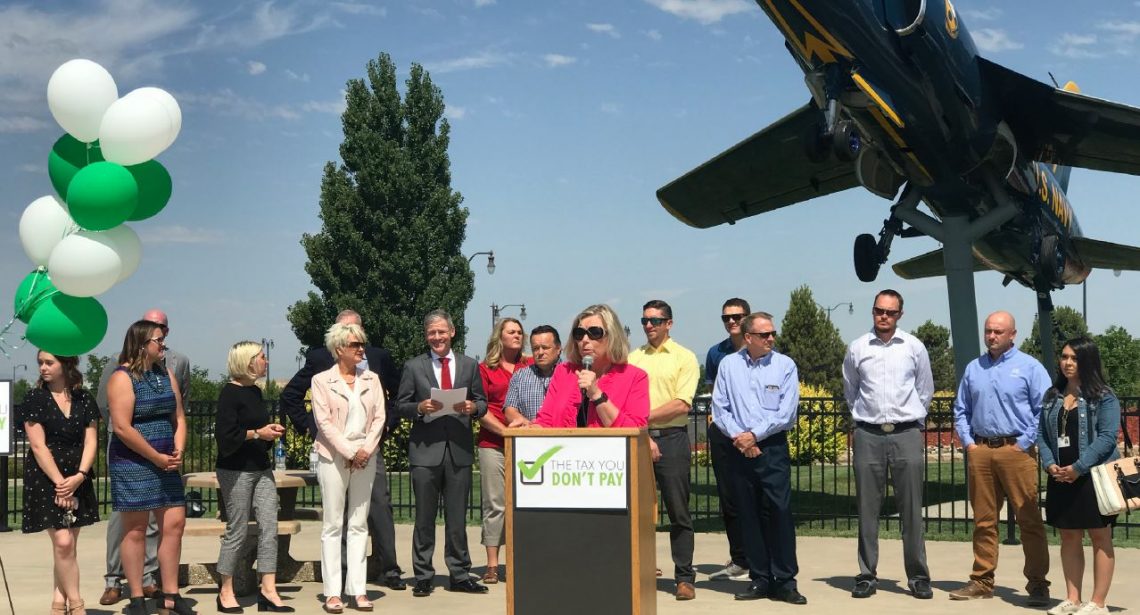 When the Chamber took a lead role in organizing a political issues committee (The Tax You Don’t Pay) and developing a campaign to increase the lodging tax along with the Visit Grand Junction Advisory Board in 2018, it was focused on economic development. More funding for destination marketing would result in more visitors and more outside dollars coming into the community, an obvious win for the economy. But as the convener of the Grand Junction Regional Air Service Alliance an even loftier goal of the Chamber was to enhance commercial air service that would help grow our economy by making Grand Junction more accessible to markets and customers worldwide.

Approximately $500,000 (1% of the new tax collected) would go into a fund to help market and incentivize air service. Voters agreed to the tax increase and the first priority identified was direct daily service to San Francisco as it is a major gateway city to the Pacific Rim, an area that our manufacturing companies have clients and customers. The Air Service Alliance funded a grant application to the Small Community Air Service Development Program for matching funds to entice a carrier to begin and maintain such service to our community in early 2019. In mid-February of this year the community learned that a grant had been awarded for $950,000 to help make the new daily direct route became a reality. As of press time, details and timelines are still being developed but within a year the direct San Francisco flight will likely become a new option for the flying public.

The Chamber advocacy of the lodging tax and continued support and staffing of the Grand Junction Regional Air Service Alliance contributed to this remarkable step forward for the community and the economy. It is a prime example of why members ask for and expect us to be strong advocates.