A highlight of the Chamber Annual Banquet is the recognition of businesses and individuals who make a difference in our community. This year’s award winners include: 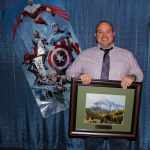 Business of the Year Knowles Enterprises

Mike Knowles over the span of just ten years has built a business that employs 200 people in high paying jobs servicing the energy industry. A hands on leader, Mike has built the business through a combination of hard work and dedication to doing things the right way. While the economic benefit to the community of the large employer is undisputed, few may know about their generosity in supporting youth sports and education. One example is the recognition of a need at Mesa View Elementary School that resulted in a $12,000 donation to purchase lap top computers for their classrooms. 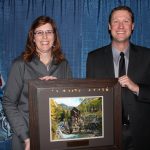 Small Business of the Year The Trophy Case

A business cannot get much smaller than the two employees that this longtime Grand Junction business has. Started as a teaching opportunity for special needs children, founder Ron Mack and his wife Barbara built over time a thriving small business that supports little league, soccer teams, basketball teams and much more. Second generation owners Darin and Kristin often donate in-kind rather than with cash but the impact is the same in terms of assisting these worthy causes.

Citizen of the Year Susan Alvillar

Susan is often encouraged to participate by her employer, WPX Energy but her service to the community goes far beyond her job duties. A lifelong member of Girl Scouts she was the founding Chairwoman of the Women of Distinction Awards along with other volunteer duties including board service. She currently sits on the St. Mary’s Foundation Board, Community Counts Board, Chamber Energy and Economic Development Committee and has served two years as Chairman of the Colorado Oil and Gas Association, West Slope. 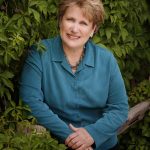 From time to time the Chamber presents a special award to someone whose accomplishments transcend our normal awards. Christy Whitney started Hospice of the Grand Valley at her kitchen table in 1993. The organization has grown to include other communities and now employs over 300 people and 1400 volunteers. She has had the vision to profoundly change the way our community experiences serious illness and loss. The foresight to build the first inpatient care center between Denver and Salt Lake is but one example of her visionary spirit. 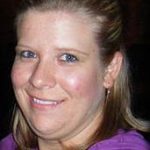 Communication Manager & Public Information Officer for the Mesa County Sheriff’s Office. She joined the Sheriff’s Office in 2007 from the Western Slope office of U.S. Senator Wayne Allard, where she was the Area Director. Heather is an active member of the Mesa County Communication Officers Association—including being the 2013 Vice-Chair and 2014 Chair. She is also a published writer and photographer.